Introduction: Lack of community's ability to do first aid to victims who experience cardiac arrest is due to the short of knowledge that is owned by the community, especially about how to perform lung heart resuscitation so that the death rate due to cardiac arrest increases.

Objective: The aim of the study was to determine the effectiveness of the simulation of pulmonary resuscitation on the ability to manage pulmonary resuscitation in Brigade Mobile Members. Method: The study design was pre-experimental with a one-group pre post test approach. Respondents were taken by accidental sampling technique. The population of all members of Brigade Mobile in Company 1 Battalion C Pioneer of Brigade Mobile Unit of Regional Police East Java as many as 100 people, a sample of 25 respondents. 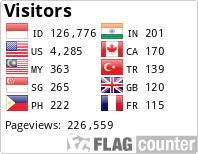